The Microrad is our most versatile tilt sensor / inclinometer. Virtually indestructable and extremely accurate over the full 360° range, it is an ideal solution for almost any subsea monitoring system.

The Microrad has been used to measure the inclination of pre-piling templates, cable-laying, subsea structure monitoring, etc.

The Millirad is an extremely low-power inclinometer, which is ideal for prolonged monitoring of inclination in battery-backed solutions. Still having a very high accuracy of 0.1°.

Tilt sensors or inclinometers use a measure of gravity to find the tilt or inclination of the sensor.

Gravity can be modelled as a three dimensional vector in space, pointing from the surface of the earth towards the center. The sensors supplied by Vectory Sensor Systems uses a triad of state of the art silicon capacitive micro-electromechanical system (MEMS) accelerometers to measure each dimension of the gravity acting on the sensor.

When the tilt sensor is exactly horizontal, only the vertical axis will measure the gravity vector. However, as the sensor is tilted, the two other axes will measure a component of gravity proportional to the sine of the tilt angle. This principle is used to measure the tilt of the unit.

The most used sensors for measuring tilt or inclination are either fluid-based or accelerometer based.

The traditional measurement method used fluid filled sensors, simular to the well-known bubble levelers. However, in electronic inclinometers, the fluid is replaced by an electrolyte which conducts electricity. This electrolyte is placed in a glass or metal cylinder with 3 electrodes. One in each side, and one in the middle. A voltage is applied to the middle electrode, and the current will flow in the direction of the most electrolyte. This way, there will be a voltage difference between the two outermost electrodes, proportional to the inclination of the cylinder. 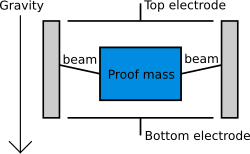 MEMS based inclinometers, on the other hand, uses a direct measure of the acceleration due to gravity to measure tilt. To measure acceleration, it uses a cantilever beam with a proof mass. It can be compared to holding a block suspended using two wires. The block will be pulled towards the earth by gravity. One can get a measure of the acceleration by measuring how much the block is pulled away from its resting place. In a MEMS sensor, the proof mass is suspended by the beams between two plates. This way, the MEMS sensor works as a capacitor, with the capacitance depending on the amount of acceleration the proof mass experiences. The capacitance can be measured to a high-accuracy by electronics embedded in the chip.

Due to the use of a fluid sensing mechanic, electrolytic inclinometers has a limit to its effective measurement range. Often having maximum ranges of +/- 60°. Also, sensitivity is lower as the angles approach the limits. MEMS inclinometers can easily be configured to have the full 360° range by having a sensing element capable of measuring more than 1g of acceleration. The Microrad tilt sensor has a full 360° range in two axes, so is not limited in range. This makes it possible to mount the sensor in any orientation, and still get accurate readings.

Depending on the fluid used, electrolytic inclinometers also has a rather large settling time after a change in inclination. This is due to the fact that it takes some time for the fluid to settle at its new location. This can also be observed when tilting a bubble level. The bubble takes a while to settle into its final position. MEMS sensors do not exhibit these effects, as the response time is virtually instant. MEMS sensors can be made to mimic the response of electrolytic tilt sensors by employing a low-pass filter with the same time-constant as the electrolytic tilt sensor, but they can also have a much faster response time.

MEMS sensors are very small, and use minute amounts of power compared to most eletrolytic inclinometers. In fact, we all have a MEMS inclinometer in our phones, embedded as a tiny chip. The Microrad and Millirad inclinometers have a diameter of only 62 mm, and a height of 93mm (where the connector takes up half). This gives more flexibility in mouting arrangements than larger, more bulky sensors.

Any sensor will have an inherent noise that limits its maximum accuracy. Filtering can be used to lower the noise, but at the expense of bandwidth. Ie. The more filtering, the slower the system will respond to changes in tilt. The Microrad and the Millirad tilt sensors both have configurable settings for this filter, which allows the user to choose between a stable, but slow output, or a more responsive output which is more subject to disturbances.

To get accurate measurements of tilt, a static tilt sensor needs to be stationary. Any movement will have a direct influence on the accuracy of the tilt measurement. When tilt needs to be measured while moving, a motion sensor must be used. This sensor uses very high accuracy gyroscopes to compensate for these disturbances. Vectory Sensor Systems supplies the Horizon range of motion sensors for these applications. 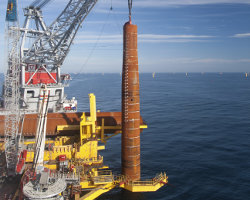 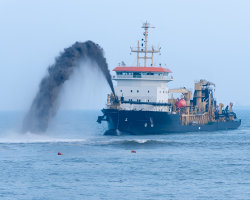 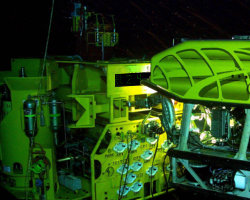 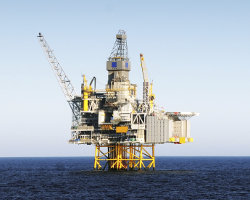 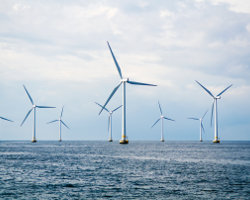 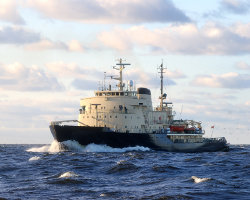